God designed the union between a man and woman to be a paradise in experience. To the degree that the sexual revolution and gender feminism have compromised the church that paradise is lost. The last few posts have examined some of the fruits of these movements.

“All the man words have been brought to account and corrected,” writes Yale scholar, Harvey C. Mansfield. “Mankind has become humankind; man of the year, person of the year; and so on…A gender-neutral language implies a gender-neutral society, marking a pervasive way in which we live our lives.”

Androgyny is a compound word formed from the Greek word for man (andro) and the Greek word for female (gyny). It literally means male-female, one without male or female characteristics. It is the attempt to eliminate the distinctions between the sexes. 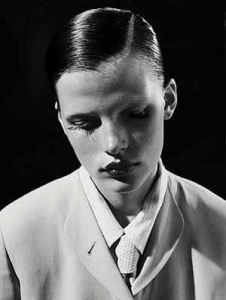 For at least thirty years feminism ha evangelized Western Culture with the lie that human beings are androgynous. George Gilder, in his classic book, Men and Marriage, as early as the late seventies, prophesied that the fruit of androgyny would be the increasing empowerment of women and the emasculation of men.

Androgyny is also the new ideal for marriage. An androgynous marriage is one without sex roles. Who earns the money, protects, nurtures, or leads is not decided by gender but by a contest of wills, usually in the early stages of the relationship.

As we will see, the results are predictable. Many men are increasingly insecure about what it means to be masculine. What does society expect of me? Is chivalry sexist? Should I hold the door for her, or should she hold the door for me?

In her article, “The End of Men,” recently published in the Atlantic Magazine, Hanna Rosin chronicles a symptom of this growing male insecurity. Men are increasingly withdrawing from socially productive commitments.

The implications for culture are momentous. We will develop them in future posts.