Five Ways the Gospel Speaks to Our Current Moment in History

THE UNITED STATES IS UNRAVELLING. Some think we are approaching a constitutional crisis. If that is the case, social turmoil and uncertainty is our future, and that means anxiety and fear. We need the gospel, and the gospel presents us with five comforting truths for uncertain times. In what follows I will use the words “cross” and “gospel” synonymously.

The World System Is Under God’s Judgment

First, the cross reminds us that the world is under God’s judgment. By “the World,” I mean the billions who are not born again. They are at enmity with God, and the Devil rules them. Jesus called Satan “the Ruler of this world” (John 12:31). He is also the “Father of lies” and a “murderer from the beginning” (John 8:44). All non-Christians are under his dominion. Although it is fashionable to refer to our fellow human beings as the “children of God,” the Bible tells us that only those born again enjoy that status. Everyone else is a child of the Devil (John 8:44-45), doing their father’s will.

The spiritual apple doesn’t fall far from its tree. That is why the Devil’s children are proud, selfish, contentious, envious, ambitious for personal glory, and ungrateful. Each of these sins, and others, God hates (Psalm 5:5-6). They are antithetical to his nature and character. Therefore, God is angry with the children of the Devil. He must judge them, and judgment is what the Bible predicts.

But by the same word the heavens and earth that now exist are stored up for fire, being kept until the day of judgment and destruction of the ungodly…But the day of the Lord will come like a thief, and then the heavens will pass away with a roar, and the heavenly bodies will be burned up and dissolved, and the earth and the works that are done on it will be exposed.

What will that judgment look like? Here the cross is most helpful. At the cross God judged our sins. Therefore, the cross is a picture of what God’s wrath looks like, and it is alarming. In fact, the cross is the final judgment telescoped backward in history. It is a constant reminder of sin, God’s wrath, and the ultimate judgment that our fallen World deserves. “What the cross tells us,” notes Dr. Martyn Lloyd-Jones, “is that God hates sin. God is the eternal antithesis of sin. God abhors sin with the whole intensity of His divine, perfect, and holy nature. God not only hates sin, he cannot tolerate it. Therefore, he cannot compromise with sin.”[1]

The conclusion is transparent. The United States is part of the world system. Therefore, God must judge it. Yes, the U.S. has done much good. We have the best form of government yet developed. Christians should be deeply grateful for the wealth and freedom we enjoy, but we must never forget that the United States is fundamentally fallen and sinful.

The lies and corruption emanating from The Swamp, and the horrific murder of over sixty million unborns, should remind us daily that the real Master Mind behind the scene is the Father of Lies. He has been murdering and lying from the beginning.

Therefore, Christians should be good citizens. We should do all the good within our power for the U.S. But we should reserve our ultimate hope for God and his future kingdom. In the words of Thomas Watson—-“The world is but a great inn, where we are to stay a night or two, and be gone; what madness is it so to set our heart upon our inn, as to forget our true home.”

In Revelation, Babylon symbolizes the world system. Exactly three times this book tells us that her destruction came suddenly, in a single hour (Revelation 18:10,17, 19). This means that the U.S. may continue as it is for decades, or it go down suddenly. Either, our ultimate hope lies in the world to come.

Second, the cross reminds us that God is completely sovereign over civil government and our national experience. Although things might appear to be out of control, the cross reminds us that nothing ever is. How do we know that? God used the Roman and Jewish governments to accomplish every detail of Christ’s death and resurrection so that the ancient prophesies would all be fulfilled.  He also did this without violating any of the actor’s moral responsibility. According to Peter, Jesus was delivered up to Pilate “according to the definite plan and foreknowledge of God” (Acts 2:32). And later Peter described the crucifixion as the “plan that God had predestined to take place” (Acts 4:28).

How can this be if the cross was the work of sinful men—if it was a work of great wickedness? God is sovereign over evil. God used the evil of the cross for infinite good, and that is our hope. It means that whether the future holds joy or sorrow, we know that God will use it for good.

Third, the cross spells out with great clarity the astounding, earth-shaking nature of God’s love for those willing to humble themselves and believe the Good News.

Christ took the judgment that you and I deserve at the cross. He didn’t do this for friends. The astonishing truth is that he suffered and died as a substitute for his enemies (Romans 5:10). A really good person might die for a friend, but no one will die for an enemy. Only God is that good. Therefore, Paul said that God’s love “surpasses knowledge” (Ephesians 3:19), and King David exulted that God’s love is as high above us as the “heavens are above the earth” (Ps. 103:11).

God’s love means that the Sovereign One in control of our national history is also infinitely good, and he will exercise his sovereignty for the ultimate good of his church.

The cross, then, is an expression of God’s wrath toward sin as well as His love to us. It expresses His holiness and His determination to punish sin, even at the cost of His Son. And it expresses His love in sending His Son to bear the punishment we so justly deserved.”

God Expresses His Power Through Weakness

Fourth, the cross reminds us that God conquers through weakness. Jesus “was crucified in weakness but lives by the power of God” (2 Corinthians 13:4). He didn’t conquer his enemies with a show of force. He conquered with the meek weakness of obedience. He obeyed his Father. God asked him to suffer death as a Substitute for our enemies. That is how you will conquer the World, the Flesh, and the Devil. Jesus submitted and the rest is history.

This same principle applies to us. Through similar “weakness,” we will conquer our enemies. “And they conquered [the Dragon] by the blood of the Lamb and by the word of their testimony, for they loved not their lives even unto death” (Revelation 12:11).

Weakness doesn’t rule out civil disobedience or even armed conflict, but it does give us a picture of what that resistance might look like. For example, Oliver Cromwell (1599-1058), a robust Christian, led the armies of Parliament against the English King, Charles I, to uphold the rule of law. Because he was totally dependent upon the Holy Spirit, Cromwell was never defeated in battle. He would spend hours in prayer before leading his army into combat all singing the Psalms in unison.

“With all Cromwell’s faults, his passions and his plans, it was John Maidston, his own servant, from a traditionally unheroic vantage point, who spoke the final epitaph on the Protector: “A larger soul hath seldom dwelt in a house of clay.”

The Gospel Is About Hope

Fifth and last, the gospel is about hope. In this time of political and social instability, we need hope. Andy Crouch reminds us that “Human beings can live for forty days without food, four days without water, and four minutes without air. But we cannot live for four seconds without hope.”[3]

Therefore, resurrection followed Jesus’ death and burial. And when Christ rose, we rose to New Birth with him (1 Peter 1:3). Christ’s resurrection was also our justification (Romans 4:25) and the beginning of a New Creation (Colossians 1:17). It is our guarantee of future resurrection to immortality in a renewed world without tears, death, sickness, mourning, crying, or pain (Revelation 21:4). This is real hope, and it is ultimate!

In Summary, be an ideal citizen of the United States, but reserve your ultimate hope and trust for God’s future Kingdom in the world to come. Don’t root your confidence in this temporal, fallen world. The cross reminds us that it is under judgment. In addition, God is sovereign over every square inch of history. The cross also proclaims God’s infinite and exquisite love—a love that conquers through the weakness of obedience.

Last, Christ’s resurrection is the root and ground of our future hope, and hope is crucial. We can endure almost anything if we have hope, and the gospel makes one thing clear—we serve a “God of hope” who exhorts us to “overflow with hope” (Romans 15:13). 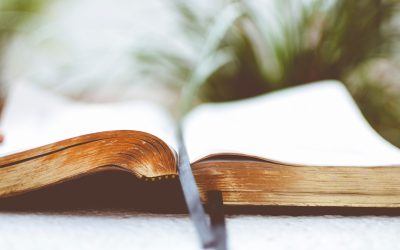 Thoughts on The Book of Revelation & The Current Moment

The Book of Revelation teaches that war in the heavenliness precedes war on earth.

END_OF_DOCUMENT_TOKEN_TO_BE_REPLACED 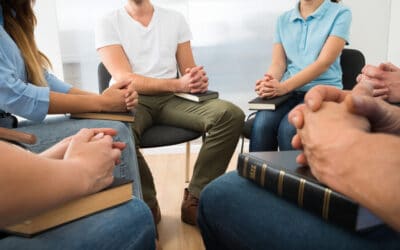 Four Questions For Those Engaged In Discipleship

Four questions for those who want to establish a discipleship program.

END_OF_DOCUMENT_TOKEN_TO_BE_REPLACED WHAT IS WRONG WITH AMERICAN EDUCATION?

There is a radical disconnect between American public education and most parents.

END_OF_DOCUMENT_TOKEN_TO_BE_REPLACED 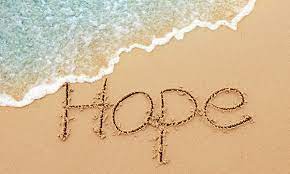 AMERICA IS APPROACHING A CONSTITUTIONAL CRISIS. Our political system is uniquely unstable, and our religious freedoms are in peril. A chasm has opened between the political right and left that seems unbridgeable. On top of this Jesus warned us that “Every kingdom...

END_OF_DOCUMENT_TOKEN_TO_BE_REPLACED

Three Books For The Current Moment

END_OF_DOCUMENT_TOKEN_TO_BE_REPLACED

MY WIFE AND I, WITH FIVE OTHER COUPLES, planted a church in 2002. In the weeks before we began, two friends took me aside separately to admonish us. “Don’t we already have enough churches in Spokane? Do we really need more?”  There are at least two reasons why...