Are You Ready For the Coming Social Earthquake?

WE RIGHTFULLY FEAR EARTHQUAKES. They are sudden, usually unexpected, and depending upon their severity, life-changing.

Earthquakes occur when pent-up energy along a fault line is released. A fault line is a place where two slowly moving tectonic plates meet.  The pressure slowly grows as one plate seeks to displace the other. As long as friction holds them together the tension is unnoticed, but eventually, one plate gives way and there is a terrific shaking and convulsing on the earth’s surface. 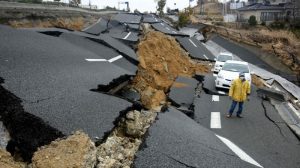 In the same way, two social “tectonic plates” have met and are building tension in Western Culture. They are utterly incompatible and irreconcilable world views. One seeks to preserve the best of American history. It values capitalism, the nuclear family, freedom of speech and religion, the importance of personal responsibility, the right to bear arms, the sanctity of human life, and decentralized civil government.

The other prizes socialism, a redefinition of family to be any popular living arrangement, restrictions on freedom of speech and religion, the rejection of personal responsibility, the criminalization of firearms, the desanctification of human life, and large, centralized bureaucratic civil government. In sum, it rejects what has been labeled for decades “the American Dream.”

These tectonic plates are mutually incompatible. A divided house cannot stand. Eventually, a social earthquake will dissipate the pressure. It will probably be sudden, unexpected, and devastating to the American way of life.

How might the release of this pressure express itself? Sone States might peacefully cecede from the Union. A foreign army might take advantage of our weakness and invade. A coup might occur in our nation’s capital. We might experience a severe economic depression, or God forbid, it might mean civil war. Its possible that several of these scenarios might occur simultaneously.

How Should Christians Respond?

How should we as Christians respond? First, God wants us to be realists. God wants us to face the facts. America as we have known it is gone, and sadly, it is not coming back. Even if we preserve the best of America, it will never be the same.

Second, God wants us to respond with prudence not fear. Prudence is the ability to see danger coming and adapt the appropriate protections. For Christians prudence means going deep with God, sending our roots deep down into the nourishing life of God through his word. The righteous are like “a tree planted by streams of water that bears its fruit in season’ (Psalm 1). Prudence also means preparing for persecution. It means we might be forced to conduct church underground.

Third, prudence means preparing financially. We should do everything in our power to get out of debt. In addition, we should diversify our investments, acquiring more hard assets such as precious metals, real estate, and items that might be valuable in a world where barter, not money, is king.

Fourth, it means cultivating the habit of moving our ultimate hopes and dreams to the world to come. This world is fallen. It will always be subnormal. Since WWII Americans have lived in the Disney Land of history. The coming social earthquake will return us to the norms of human experience. With all of this in mind, Peter asks this important question.

“Since all these things are thus to be dissolved, what sort of people ought you to be in lives of holiness and godliness,” (2 Peter 3:11). 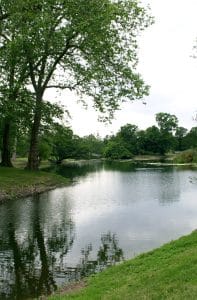 That is the question. What sort of people should we be? We should be people working to cultivate an eternal perspective. Those who take these steps, and others like them, will be able to boast with the Sons of Korah—

Why won’t we fear? Because we are citizens of a heavenly city. In that city, God and an unshakable joy dwell.

There is a river whose streams make glad the city of God, the holy habitation of the Most High. God is in the midst of her; she shall not be moved; God will help her when morning dawns (Psalm 46:4–5).