Are Men And Women Really Different? 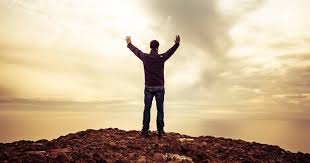 SINCE THE LATE SIXTIES, an avalanche of lies about the nature of masculinity and femininity have inundated Western culture—stupendous lies, lies that no other culture in history would have entertained. The lie is androgyny! Men and women are mentally, emotionally, and physiologically the same. Any differences are strictly the byproduct of socialization. A survey done by the Pew Charitable Trust in 2017 indicates that Americans are gradually buying in. Half believe that gender distinctions are a function of biology. Half believe they have nothing to do with biology but are strictly socialized. Besides, the more politically liberal (i.e., secular) a person is, the more apt they are to think that masculinity is both a significant and social evil.[1] In other words, they are more apt to “react” negatively to masculinity.

However, since the beginning of time, people have rightfully understood that the traits of masculinity and femininity are first biologically programmed. Then, because they are biologically programmed, the broader culture has encouraged their socialization. Our forefathers and mothers did not need the research of a social scientist to figure this out. The biological reality was transparently obvious to the most simple-minded observer. The average American male is five foot nine, the average female just under five foot four. He can grow facial hair. His skin is different. His muscles and bones are different. He thinks differently and acts differently. He cannot have a baby. His shoulders are broader, and his hips are narrower. He doesn’t have a monthly menstrual cycle.  Besides, there are the obvious genital differences.

Then, the late sixties introduced the lie mentioned above. Differences in aggression, ways of thinking, emotions, risk tolerance, tendency to nurturance, life interests, and everything else are simply illusions. These differences have a more straightforward explanation. Sinister patriarchs have used the process of socialization to suppress females. They have deliberately deceived women into acting femininely. In his book, The New Politics of Sex, Stephen Baskerville, professor at Patrick Henry College, sums up the current cultural consensus. “﻿Differences between men and women, and between healthy and confused sexualities, have no basis in reason or reality but are artificially or “socially constructed” by some nefarious power.”[2]

So great is the prejudice on this subject that there is little interest in exploring the facts. Feminists are actually afraid of what they will find. “Gender feminists,” continues Baskerville, “vigorously oppose serious research into biological differences between men and women. The [feminist] scholars are advocates and activists, and no attempt to approach their subject matter from a detached or critical viewpoint is tolerated.”[3]

This book will assume the opposite. Although biologically, men and women have much in common, they also have significant differences. Those differences are not something of which to be ashamed. They are not something to hide from or deny. Instead, they are the incredible work of God. He is the Designer. He has designed and created two sexes, and he designed them differently to accomplish distinct functions in church and home. He did this for his glory and our happiness. Therefore, God wants men and women to emphasize and celebrate the distinctive markers of their biological sexuality.

However, we are not celebrating masculinity. The feminist movement radically denies all things masculine. This denial is an irony because with one hand the feminists deny the differences between the sexes, while with the other, they proclaim their hatred of the differences. Those differences are patriarchy, testosterone, objectivity, aggression, and risk. However, you cannot have it both ways. If there is no difference, there is nothing distinctly masculine to hate.

No, Western culture doesn’t celebrate masculinity; it increasingly hates it. In her important book War Against Men Susan Venker, writes, “Feminism is not about equal rights, nor is it about providing women with choices. The mission is clear. Feminism is a war on men” ﻿And, Michelle Langley adds, “It is impossible . . . to understand anything about women in this country today, unless you understand that a) they’re angry, and b) their anger is directed at men… ﻿Women today aren’t seeking equality,” she adds. “They want retribution—revenge.”[4]