Does Your Sin Affect Others? 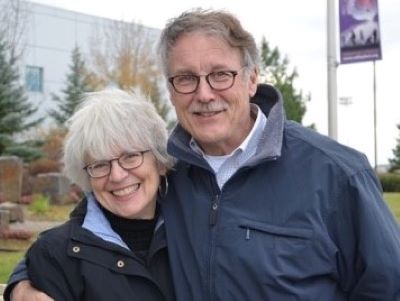 We live in a culture that places a high priority on the individual. Therefore, we tend to think that my actions are hermetically sealed—”they don’t affect anyone but me.” This is not a biblical view. Sin is almost always social. Its effects rarely stay confined to the sinner but spread to and affect their close relations.

King David is a good example. David committed adultery with Bathsheba then murdered Uriah to cover it up. God’s punishment was social. The sword never departed from David’s household (2 Samuel 12:9-15).  The baby conceived by Bathsheba died, as did three of David’s other sons.

David’s son Solomon didn’t learn from his dad’s experience. Contrary to God’s law he married foreign wives, and they seduced him away from the Lord. He died worshipping Chemosh, Astaroth, and Molech. God judged this sin, but who suffered? The nation of Israel. God divided the twelve tribes into two kingdoms. He left 2 tribes with Solomon’s descendants, but he gave the ten northern tribes to Jeroboam (1 Kings 12).

God spoke to Jeroboam through the prophet, Ahijah promising Jeroboam prosperity if he obeyed God’s law (1 Kings 11:29ff). But Jeroboam ignored the prophet’s warning. Instead, he made two calf idols to represent the Lord, breaking the second commandment. How did God judge him? God put to death every one of his surviving descendants (1 Kings 14).

Skip forward a couple of generations to King Ahab. He married the notorious Phoenician princess, Jezebel. With her husband’s cooperation, she imported Baal worship into Israel. Who suffered? Ahab, Jezebel, and all their living descendant (1Kings 21:21-15).

Brothers and sisters, we need a sober evaluation of sin. For example, adultery doesn’t just affect my spouse and me. It also affects future generations. Yes, God quickly and lavishly forgives, but the aftershocks still reverberate down through the generations. God forgave David, but he and his family still suffered. He reaped what he sowed (Galatians 6:7).

This is part of what Paul meant when he wrote, “Bringing holiness to completion in the fear of God” (2 Corinthians 7:1). We can mitigate a lot of suffering if we acquire “the fear of God.” It is the beginning of wisdom (Pr. 9:10). It is also the beginning of knowledge (Pr. 1:7). If Jesus delighted in it, so should we (Isaiah 11:1-3).