Four Reasons to Read Leviticus During the Corona Virus 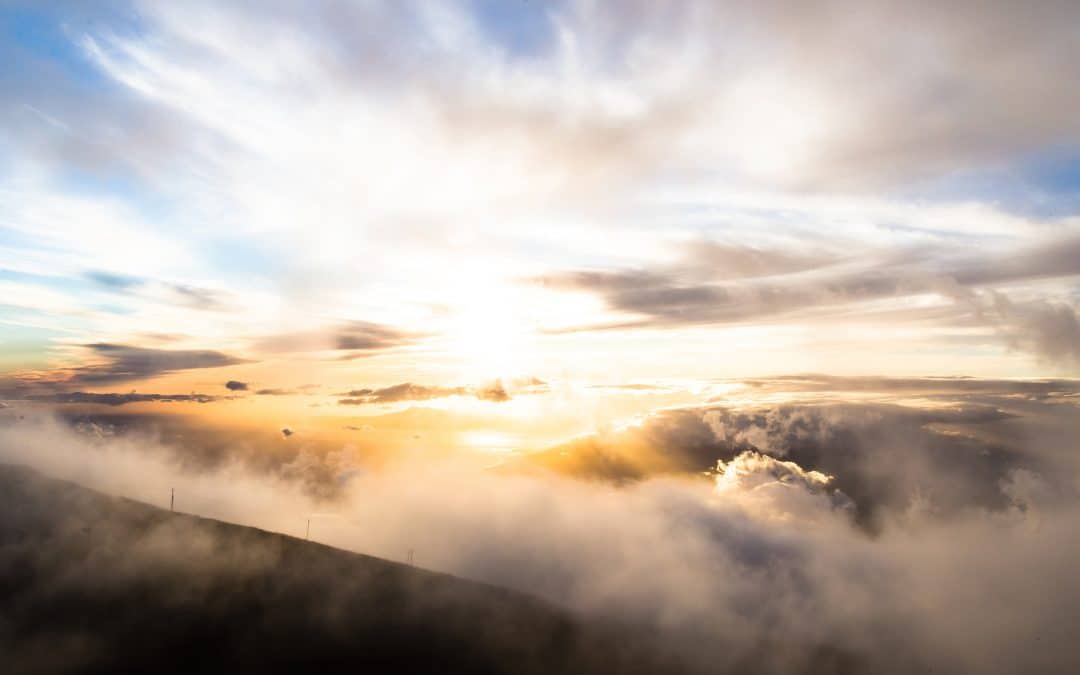 FOR MANY CHRISTIANS TODAY, the five books of the Pentateuch are fly-over country—especially Leviticus. Written at least 3,000 years ago, it feels foreign to the modern mind. Pages of detailed regulations about blood sacrifice, dietary laws, swift and violent judgments, and long-winded rules about how to cleanse a house from leprosy, make relating to it difficult.

However, for the Christian serious about the Bible, Leviticus contains amazing lessons that should reduce us to our knees in worship. Here are four.

The word “holy” or “holiness” is a significant theme of Leviticus. It occurs 92 times! It is the adjective that best describes God or things close to him, and this matters because it is a subject that is incomprehensible to our fallen minds. In the oft-quoted words of A. W. Tozer—

God’s holiness is not simply the best we know infinitely bettered. We know nothing like the divine holiness. It stands apart, unique, unapproachable, incomprehensible and unattainable. The natural man is blind to it. He may fear God’s power and admire His wisdom, but His holiness he cannot even imagine.[i]

Behind the Hebrew word is the idea of separation. Think of cutting a loaf of bread and “separating” the pieces to opposite ends of the counter. In the same way, God’s holiness separates him from all that is common. This means that, compared to all that we experience in the material world, God’s holiness is totally “other.” Strangely, because it is central to his moral beauty, God’s holiness attracts. “Worship the Lord in the beauty of holiness” (Psalm 29:2 NKJV).

Because holiness is an aspect of God’s transcendence, sinner may not approach him without a mediator. God dwelt in the Holy of Holies, in the Tabernacle, in the geographical center of Israel. Leviticus 16 instructs the High Priest to approach God once a year on the Day of Atonement, and then only with blood to atone for himself and his people. Any other approach by the High Priest, or anyone else, would mean instant death.

Holiness also means high moral and ethical standards for God’s people. When, in Leviticus 10, Nadab and Abihu, Aaron’s sons, approach God with “strange fire,” a “consuming fire” (Hebrews 12:29) from God destroys them. Although we do not know the exact nature of their transgression, God judged them because they violated a priestly procedural rule. Also, in chapter 24, a young man blasphemed and cursed the Name of God. The verdict? Death by stoning.

To a generation that stresses God’s immanence, not his transcendence, this book warns us against inappropriate familiarity with God.

The God of Leviticus has not changed. He has not gone away, and the cross of Christ makes that clear.

Leviticus contains a second important lesson. God is not just transcendent. He is also immanent. He wants a relationship with his people, but not at the expense of justice: atonement must first occur. That is why the first seven chapters contained instructions about how to atone for sin so that it could be forgiven.

Remember, the penalty for sin is death—spiritual and physical (Genesis 2:17), and God must carry out his threats. God’s fidelity will not allow him to overlook punishment that he has promised. This means that strict justice requires the death of the sinner before he or she can be forgiven.

But mercy and grace are also expressions of God’s holiness, and mercy prompted God to establish a system of substitution to satisfy his justice. Before sacrificing an animal, the worshipper laid his hands on its head. This symbolized the transfer of his sins to the animal who now received the death penalty, (symbolized by shed blood) in his place.  The animal became his substitute, God’s justice was satisfied, and the sinner was forgiven.

That is why the Israelites could not eat animal blood. “For the life of every creature is its blood: its blood is its life…Whoever eats its blood shall be cut off” (Leviticus 17:14). The animal’s shed blood, signifying its substitutionary death for the sinner, was sacred.

Atonement in Leviticus forgave in a way that honored the holiness of God’s justice. It also reminded the Israelite of the seriousness of his sin and both God’s justice and his mercy.

Leviticus teaches a third important lesson: God wants us to share his holiness. Four times Leviticus tells us to “be holy for God is holy” (Leviticus 11:44, 45, 19:2, 20:7). In other words, God calls us to be like himself—separate from what is common. True holiness is not external. It is internal. It is about transformed hearts and thought patterns. It has little to do with whether we drink craft beer, watch Star Wars, or wear makeup.

However, heart-holiness, if it is real, always shows up in behavior that is not common— behavior that rarely occurs in this world. For example, holy people care for the poor (Leviticus 19:9-10). They don’t steal or lie (19:11). They don’t oppress employees or subordinates (19:13-14). They don’t hate anyone (19:17). Instead, they refuse to take private vengeance or bitterness. Holiness loves its neighbor—even those who are enemies (19:18)—and that was, and is, exceedingly uncommon.

Building on Leviticus the New Testament teaches: “If your enemy is hungry, feed him; if he is thirsty, give him something to drink; for by so doing you will heap burning coals on his head” (Romans 12:20). And Peter exhorts us, “As he who called you is holy, you also be holy in all your conduct, since it is written”—quoting Leviticus— “You shall be holy, for I am holy” (1 Peter 1:14–15).

Sexual perversion is the natural condition of fallen humanity

Because the Bible is a unity, the cross sums up and validates the truths of Leviticus.

First, the cross displays the holiness of God. He does not solve the sin problem as we would. He is holy. He cannot just forgive and forget. Justice must first be satisfied.

Second, the cross demonstrates God’s passion for immanence with his people. It is the measure of God’s love, mercy, and grace for the undeserving. The Old Testament animal sacrifices foreshadowed Christ, the Lamb of God, the ultimate sacrifice who, to reconcile us to God, died in our place as the perfect Substitute. He experienced the judgment we deserve. Figuratively, the fire of God consumed Christ in our place.  Andree Seu, writing for World Magazine, sums it up.

There awaits another Day, neither yours nor mine, when the only one who will escape God’s terrible holiness will be those who have been brought into it by the blood of the Lamb. [ii]

Third, the cross convinces us that God is serious about us sharing his holiness. Jesus’ perfect obedience, culminating in the cross, is the holiness that we must have to relate to God. It is the standard, and God imputes it freely to all who believe the gospel. He does this to motivate us to subsequently pursue a life of holiness.

In summary, how do we access the benefits of Leviticus? Not by performing, or by working. God becomes imminent with—befriends those—who put their faith in the substitutionary death of Christ and repent. These are the lessons of Leviticus. Take some time to study this book. You won’t be disappointed. Rather, you will be richly rewarded.