What’s Wrong With Our Civil Government? 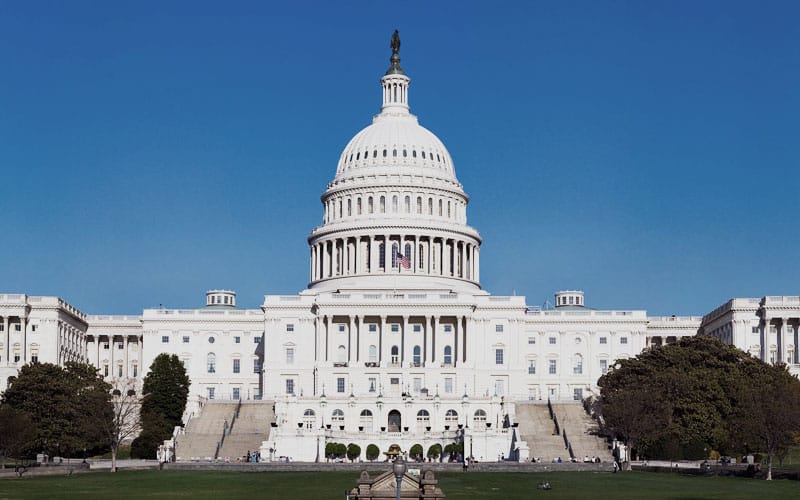 IF YOU ARE LIKE ME, you were deeply disappointed by the results of the last election. Despite massive government corruption, an open border, out of control federal deficits leading to the highest inflation in forty years, the increasing collapse of freedom of speech and religion—all directly traceable to the Democratic Party—the voting public reacted with a massive yawn. The problem is simple. We are ruled by corrupt rulers, and the rulers are us.

Our founding fathers had a realistic vision of human nature. That vision produced our constitution. Although benevolent monarchy is the most efficient form of government, they rejected it. Why? Very few are “benevolent.” The “Protectorship” of Oliver Cromwell over England in the 1650s was a rare exception. England thrived during his short administration. But this kind of leadership is exceedingly rare.

Because they understood human nature, our founders feared the concentration of power in one person. Our constitution, therefore, disperses power into three mutually checking branches—executive, legislative, and judicial.

They also feared the sinful tendencies of crowds. That is why they shunned democracy and gave us a constitutional republic instead.

Because both dictators and the voting public are infected with sin, even the best human government—a constitutional republic—has severe limitations. We are now experiencing them.

But this should not surprise Christians. The Bible goes out of its way to convince us that no civil government, this side of the resurrection, is ultimately worthy of our trust. Only Christ’s government, the Kingdom of God, is totally trustworthy and dependable. Here is the biblical argument.

The Kingdom of Men

When God created Adam he commanded him to “rule” his creation and “exercise dominion” (Genesis 1:26-28). In other words, govern righteously! But, when Adam sinned, he forfeited that rule. In addition, he infected his descendants with the curse of sin. But this did not discourage God. He continued to pursue a kingdom of righteousness on planet earth.

In Genesis 12 God called Abraham to be the father of the Jewish people. From Abraham’s seed would come a Messiah who would restore Adam’s fallen rule. In the meantime God ruled his people through men that he called and equipped for that purpose—men like Moses, Joshua, and the Judges, etc.

Had God’s people been willing and able to obey the voice of God their king, mediated through these chosen men, a kingdom of righteousness would have flourished on planet earth. But affected by sin, this was the one thing Israel could not do. The book of Judges repeats this statement numerous times. “In those days there was no king in Israel. Everyone did what was right in his own eyes” (Judges 21:25).

Because of the social chaos so apparent in Judges, Israel asked the prophet, Samuel, for a human king like the other nations. God took it personally.

Then all the elders of Israel gathered together and came to Samuel at Ramah and said to him, “Behold, you are old and your sons do not walk in your ways. Now appoint for us a king to judge us like all the nations.” But the thing displeased Samuel when they said, “Give us a king to judge us.” And Samuel prayed to the Lord. And the Lord said to Samuel, “Obey the voice of the people in all that they say to you, for they have not rejected you, but they have rejected me from being king over them. According to all the deeds that they have done, from the day I brought them up out of Egypt even to this day, forsaking me and serving other gods, so they are also doing to you. Now then, obey their voice; only you shall solemnly warn them and show them the ways of the king who shall reign over them.

The rest of that chapter is Samuel’s warning. The king you want will be a sinner like you. He will not be like God. He will oppress you. He will enrich himself at your expense. He will not follow God single-mindedly. He will empower himself at your expense. He will use you. In effect, Samuel tries to warn them that they are rejecting God, the only perfectly unselfish king, and asking for fellow fallen creatures like themselves to rule over them. It will be an expensive mistake.

How does God respond to their request? First, God gives them up to what they want—King Saul, a man after man’s own heart. He looks good on the outside. He is tall and handsome, even charismatic, but he is full of insecurities and fears on the inside, and his kingship is a disaster.

Then, in great mercy, God gives them David, a man of small stature. He doesn’t look like much on the outside, but inwardly he is full of faith, godliness, and worship. He is fearless. He is a prophet. He writes inspired Psalms. He kills Goliath and leads Israel to victory. But even he, in a moment of weakness, commits two capital crimes—adultery and murder. The message? Even the best human kings and kingdoms prove painful and troublesome.

However, in great mercy, the prophet Nathan promises King David that God will give him a son whose kingdom will not disappoint, and it will endure forever.

“When your days are fulfilled and you lie down with your fathers, I will raise up your offspring after you, who shall come from your body, and I will establish his kingdom. He shall build a house for my name, and I will establish the throne of his kingdom forever. I will be to him a father, and he shall be to me a son… And your house and your kingdom shall be made sure forever before me. Your throne shall be established forever.”

The Kingdom of God

Eventually, God’s promised king was born in a stable in Bethlehem. His Father was God, but his mother was a Jewish teenager. He was both fully God and fully man. He came to inaugurate God’s Kingdom, the one promised to David. In fact, the Roman government put him to death because he claimed to be “the King of the Jews.” But that is what he was, and he demonstrated the nature of his rule by dying on a cross, absorbing the wrath that every citizen of his kingdom deserves. It was an act of cosmic love. This king will not use you. No, just the opposite. He will use himself up, he will die to advance your happiness.

Becoming a Christian means entering that kingdom. All Christians are citizens of an earthly kingdom, i.e. the United States or some other country, but they are also citizens of God’s heavenly kingdom, where King Jesus reigns in righteousness. Every earthly kingdom or government will disappoint, some more than others. But God’s kingdom is ultimate. It is totally trustworthy. It will never let us down or disappoint us. Why? The king is God. He is sinless.

But, most importantly, he is also human. Since he is fully man, Christ fulfills God’s purpose for creating Adam. He is “taking dominion” over all “the earth” ruling and “subduing” it (Genesis 1:26-28).

As man, Christ is also God’s answer to Israel’s request to Samuel for a human king.

Last, as One who is fully divine, he fulfills God’s plan to rule his people directly. Someday this kingdom will be the only civil government on planet earth. Until then, the Bible encourages us to reject all utopian plans for government on planet earth. This side of Christ’s return, it won’t happen. Instead, God’s word encourages us to submit to fallen, human governments even while we place our trust elsewhere. Our ultimate trust and hope is in the Kingdom of God, the only perfect kingdom to come.

Then the seventh angel blew his trumpet, and there were loud voices in heaven, saying, “The kingdom of the world has become the kingdom of our Lord and of his Christ, and he shall reign forever and ever.