Winnowing Power of The Gospel 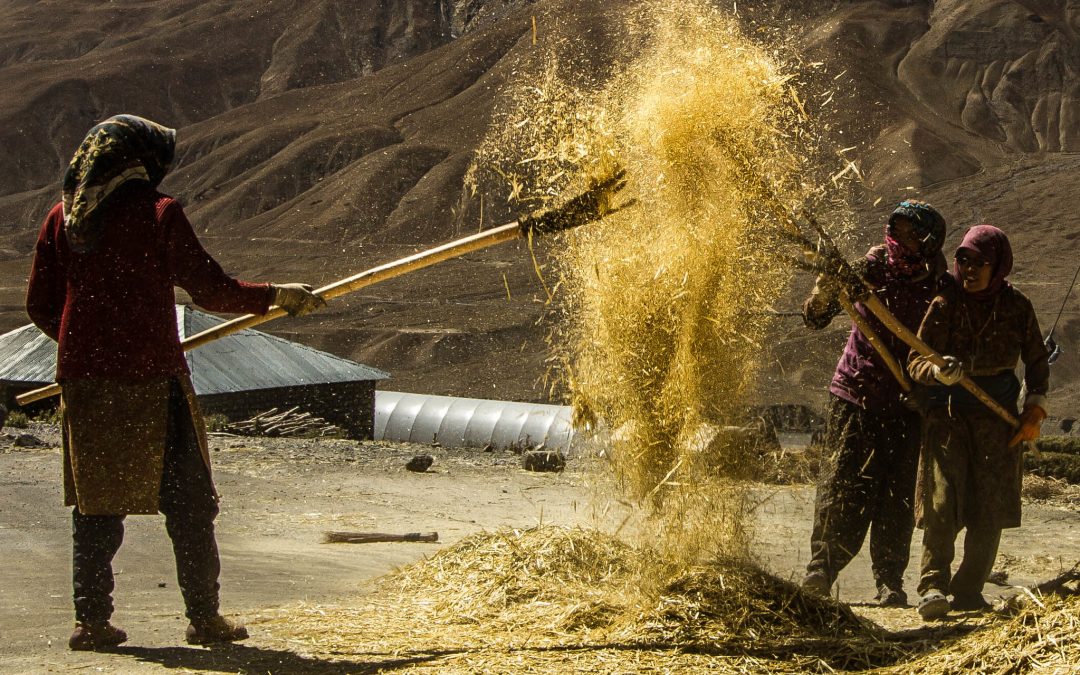 EVERYONE IN THE FIRST CENTURY WORLD knew the purpose of a winnowing fork. Farmers used it to separate the wheat from its chaff. They tossed the grain into the air. The wind blew the lighter chaff to the side, and the heavier wheat fell to the threshing floor.  In the same way, John the Baptist predicted that Christ would winnow his church.

His winnowing fork is in his hand, and he will clear his threshing floor and gather his wheat into the barn, but the chaff he will burn with unquenchable fire (Matthew 3:12).

In other words, the gospel was Jesus’ winnowing fork separating people into two piles—wheat and chaff. This is what Simeon meant when he warned Mary that her child would be “appointed for the fall and rising of many in Israel ” (Luke 2:34). In his adult years, the response to his ministry was usually “a division among the people.” (John 7:43). It was the same for Paul. “And the people of [Antioch] were divided” (Acts 14:4).

When I became a lead pastor, I preached the gospel enthusiastically, but I didn’t understand its winnowing power or how positive that process would be. Like all leaders, I didn’t want division. I wanted unity and inclusivity.

But, faithful gospel ministry means preaching the “whole counsel of God” (Acts 20:27). That includes both positive and negative truths. The positives include God’s infinite grace, mercy, and love. These seldom divide. The negatives include God’s holiness, his wrath, the inflexible nature of his justice, and the reality of eternal conscious torment in hell. These cause division.

Therefore, I regularly preached this gospel fully confident that “it is the power of God for salvation to everyone who believes” (Romans 1:16), and that God’s power would be present to the degree that I was willing to frame the positives in the context of the negatives. Trusting God, I expected fruit, and it followed.

What I didn’t expect, in fact, what profoundly surprised me, was how the gospel winnowed my congregation, and how positive that “winnowing” would become.

The gospel is inherently divisive. It affects both unbelievers and saints. Believers respond with joy. Those not called respond with anger, condescension, or disgust, but rarely apathy. Sometimes unbelieving visitors have walked out in the middle of our Sunday sermon. This has also happened when professing Christians heard the negatives for the first time

Why this response? The gospel commands us to humble ourselves and renounce dependence on our good works. It commands us to submit to sovereign grace. This message is humbling, and pride doesn’t like to be humbled. The gospel winnows the church by offending pride.  Besides, the God behind the gospel is not what unbelief expects. He is the Narrow Gate (Matthew 7:12), who saves only the obedient (Matthew 7:21), and threatens unbelief with “weeping and gnashing of teeth” in eternal fire (Matthew 13:42). Paul was clear on this issue.

Sometimes the work of dividing the wheat from the chaff is instantaneous, but it is usually gradual. I’m thinking of a couple that came for six months but became increasingly offended and eventually switched to another church.  In another case, because of his wife, a cultural Catholic started attending. Wanting to know the difference between Protestants and Catholics, we eventually met for coffee. After I explained the gospel, he became agitated. “If this is true, then my Roman Catholic parents aren’t in heaven.”

“God doesn’t want you to worry about your parents,” I answered. “You don’t know for sure that they rejected the gospel. Your job is to submit to the good news, and trust that God has done the right thing with your parents.”

A few weeks later, he returned with his wife. At first, he came once a month. Then he started coming twice a month. Nine months later he was coming weekly. At the end of a year he asked to be baptized. His experience is not unusual.

Divisions that Build Up

The important point for pastors to grasp is that this winnowing process glorifies God. Every church is composed of converted and unconverted. In a more liberal church, with little gospel preaching, it might be 75% unconverted, (people depending on their good works for God’s acceptance), and 25% true Believers. In a church that preaches the gospel, but only thinks of it as a message for new Christians, 60% might be converted. But in a church that, in the words of J.D. Greear, thinks of the gospel as both the diving board and the pool, the percent of believers at Sunday worship might be as high as 90%.

We don’t want division, but. the long-term presence of lingering unbelief just muddies the waters. Sadly, it is better to have that person move on. The benefit of gospel preaching is that it motivates the departure of unbelievers and irresistibly attracts true Believers. For those who love people this can be painful, but it is necessary.

Ironically, because Believers that love the gospel are more likely to bring their unbelieving friends, this doesn’t mean fewer visitors or conversions. Rather, it means that if God isn’t calling them, they won’t stick around, and that is a positive. A congregation with a high level of unbelievers will be divided, joyless, contentious, lukewarm, and uncommitted.

Winnowing That is Fruitful

Here are some examples of how the winnowing power of the gospel glorifies God. First, division must precede unity. The more we let the gospel separate the wheat from the chaff, the more spiritual unity the wheat will experience.  You won’t have real unity unless you are first willing to let the gospel do its dividing work.

Another fruit is evangelism. The less chaff in your congregation the more the wheat will reach out to visitors spontaneously. Two years ago my wife and I took a road trip through the Southern States. We visited at least ten different evangelical churches. You could sense the aroma of gospel conviction, or its lack, as soon as you walked in the back door. Gospel preaching churches immediately greeted and introduced us to others. The joyful enthusiasm in the singing and prayer was infectious.

The spiritual energy also attracted. We heard the gospel message in the context that God intends—a redeemed community exuding “Love, Joy, and Peace” (Galatians 5:22)—and that doubled its impact. In his book The Compelling Community, Mark Dever summed it up this way.

The exclusivity that fuels a blazing hot community of believers can do far more gospel work than watering down the breadth and depth of commitment in order to feel inclusive.[1]

Last, a congregation soaked in the gospel will also joyfully open their wallets. The deeper their experience of grace, the greater their desire to be gracious with their money. We only grasp this kind of grace through the regular articulation of what God has done for us in light of what we deserve—the negatives mentioned above.

The Fear Of Man

What opposes this winnowing work? In my experience, the main obstacle is the fear of man. As we have noted, Western culture is all about inclusiveness. “The claims we are called to make as Christians for the uniqueness of Jesus,” writes Bruce Milne, “and for his being the only way to the Father are anathema to a world where inclusiveness, relativism and easy tolerance of options is the prevailing style.”[2] This is why we must conquer the fear of man.

A second obstacle is the forementioned pain of separation.  It hurts when people we love leave. To keep them around, the world, the flesh, and the Devil will tempt us to compromise crucial truths. However, for the long-term health of your church, the gospel must be allowed to do its winnowing work. So, don’t give up. Persevere in the faith—embrace rejection for the joy of a greater union.

The gospel is our winnowing fork, and God wants us to use it faithfully. Jesus winnowed, Paul winnowed, and the apostles all winnowed. For 2,000 years, effective pastors have faithfully used the gospel to separate the wheat from the chaff. At times this process is painful, but to those who press on in faithfulness, God promises a rich reward. Never forget that “It is the hard-working farmer who ought to have the first share of the crops” (2 Timothy 2:6), and that “Those who sow in tears shall reap with shouts of joy” (Psalm 126:5).

Above all, follow Jesus. He is our model. “His winnowing fork is in his hand, and he will clear his threshing floor and gather his wheat into the barn, but the chaff he will burn with unquenchable fire” (Matthew 3:12).