An Argument for Dad As the Lead Parent 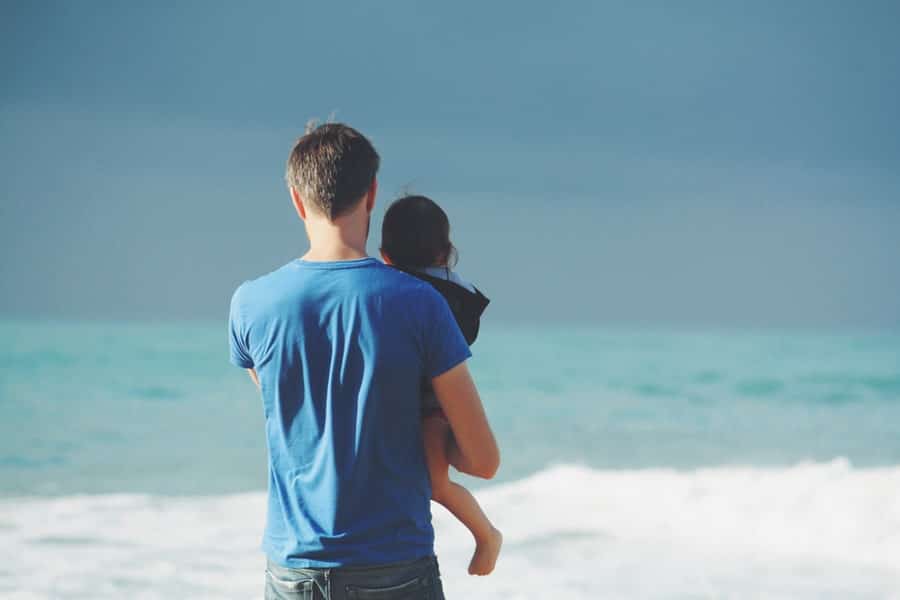 MY WIFE AND I often at parenting conferences. Sometimes I make the off-hand comment that, in the Bible, the father is the lead parent, and his wife is his helper. I am often surprised at the reaction. “Where did you get such a crazy idea?” Or, “I don’t like it when you say that.” To the degree that contemporary culture has influenced that person, he or she is apt to hear it as a put down of women. What we never hear is, “Of course. That is the clear biblical teaching.”

Today, most Evangelicals just assume that mom is the lead parent, and her husband is her helper.

It is essential to realize that this is a new assumption. Throughout history Western we have assumed that the father is the lead parent. Nancy Gibbs, writing in Time Magazine, made this startling observation, “From the Reformation until the 1830s most parenting manuals were written for fathers. Before this time, society assumed that mothers were assistant fathers. Now it is assumed that fathers are assistant mothers.”[i] Why has this assumption about parenting changed? The answer is simple. Since 1830 four factors have influenced this change.

First, in 1800 over 90% of fathers worked on farms. Today it is less than 1%. This meant that fathers worked with their children throughout the day and were profoundly involved in the day-to-day parenting process. However, as the industrial revolution moved men off the farm and into factories and offices, the parental burden shifted from fathers to mothers. As fathers were increasingly away, mothers filled the void.

The second change was the rise of feminism. It rejected parental sex-role specialization. No longer did father know best. Now, everything dad can do; mom can do better.

Third, a strident secularization has diluted biblical authority. Many evangelicals now inadvertently take their parenting less and less from the Bible and more and more from the broader culture.

Fourth, the home school movement, which began in the 1980s, became mainstream. Although we are for homeschooling, moms that participate are with their children all day. By default, they become teacher, disciplinarian, and omnicompetent parent on the scene. Without an intentional decision to do the opposite, the role of the father often slides to the margin.

Is it any surprise that Evangelicals react when someone suggests that God created the father to be the chief parent, and his wife to be his helper?

Nevertheless, the Bible is surprisingly clear on this issue. On the sixth day of creation, God created Adam and Eve. He instructed them, “Be fruitful and multiply and fill the earth and subdue it” (Genesis 1:28). Genesis two then shares the details of what happened on the sixth day. First, God created Adam. Then he created Eve.  “It is not good that the man should be alone; I will make him a helper fit for him” (Genesis 2:18). God created Adam to be the head of the marriage, and Eve to be his helper.

That begs an important question. With what did God create Eve to help Adam? The context is obvious. Adam had two jobs. First, “Be fruitful, multiply and fill the earth.” Second, “work” and “keep” the Garden (Genesis 2:15).

Adam couldn’t obey these commands solo. He needed a teammate, a helper, a best friend, and a lover to help him accomplish God’s mandate. Since Adam’s first responsibility was to “be fruitful, multiply, and fill the earth,” Eve’s first calling was to help him fulfill this command. That meant pregnancy, childbirth, and parenting.

From Genesis two forward, the Bible assumes these parental roles. For example, the genealogies are about fathers and their sons. Genesis starts with Adam and his three sons—Cain, Abel, and Seth. Then we are introduced to Noah and his three sons—Shem, Ham, and Japeth. After that we meet Terah and his three sons—Abram, Nahor, and Haran. The rest of Genesis chronicles father Abraham and his son Isaac, his grandson, Jacob, and Jacob’s twelve sons. Exodus introduces us to Moses and his brother, Aaron who has four important sons. Then Proverbs lets us in on a series of exhortations from Solomon to his son, presumably Rehoboam.

The New Testament continues this assumption. It only contains two texts on parenting, and they are both addressed to fathers. “Fathers, do not provoke your children to anger, but bring them up in the discipline and instruction of the Lord” (Ephesians 6:4). And, “Fathers, do not provoke your children, lest they become discouraged.” (Colossians 3:21).

From beginning to end, the biblical family is founded on male servant-leaders. They are foundational to family and clan, and ultimately to a healthy social order. Parenting is no exception. God calls fathers to lead and mothers to help. This is not meant to demean mothers. Parenting is a team sport. It works best with a father and mother. Both are crucial, but in the biblical family, there is a shared assumption that dad is ultimately accountable, and mom is there to help him.

How Should We Respond?

How can the church apply this principle to the twenty-first century? The answer is not a return to farm life. We can’t get rid of the sexual revolution or secularism, and we don’t want to do away with homeschooling. It is a good thing.  Besides, we want to apply the principle without the legalisms that occur when we attempt to apply the principle too rigidly. With that in mind, here are four suggestions for future application.

Father and mother need to possess a shared understanding that dad is the chief parent. That probably doesn’t mean a shift in the workload. Most fathers will still be gone, and most mothers will still be with the children all day. It means that both know who bears the ultimate responsibility before God. On the Last Day, God will hold dad accountable for the parenting process. He will hold mom responsible for how she “helped” him.

A doormat is not able to “help” her husband. Husbands need “helpers” that stand up to them. A wife is most helpful when she shares her opinions and insights about their children, and how to parent them. That might mean a “robust” discussion. The best father will humble himself and listen. Nevertheless, a “common understanding” means that, when this happens, the father holds the tie-breaker (Ephesians 5:22).

Second, the greatest temptation that most contemporary fathers will experience is passivity. That was Adam’s great sin. “She also gave some to her husband, who was with her, and he ate” (Genesis 3:8). Adam watched passively as the Serpent tempted Eve. With regards to parenting, today’s father can easily do the same.

At minimum, the willingness to assume responsibility for the parenting process means constant communication with his wife. It will also mean a willingness to sacrifice hobbies and leisure time and to get your hands dirty in the parenting of your children.  Last, it means the willingness to initiate family Bible study. God holds fathers accountable for the Biblical education of their children. Sunday schools and Christian schools can aid this process, but they will rarely effectively replace his active involvement.

If you have decided to homeschool your children, I applaud you. Nevertheless, be aware of the danger. It is easy for homeschooling families to revolve around mothers and children, not around fathers and God. Take specific steps to ensure that this doesn’t happen.

Books on Parenting by Mothers

Last, there are many excellent and well-intended books written by Christian mothers for Christian mothers. Most innocently assume that fathers are assistants to their wives. Very few acknowledge the father’s role in the parenting process or how a godly wife should fit into it. I don’t know of any that contain a chapter about “how I worked with my husband.” Since he is the lead parent, this discussion should be axiomatic.

In the Bible, the father is the lead parent, and his wife is his assistant! Let’s ask God for grace to apply this principle with great spiritual wisdom.