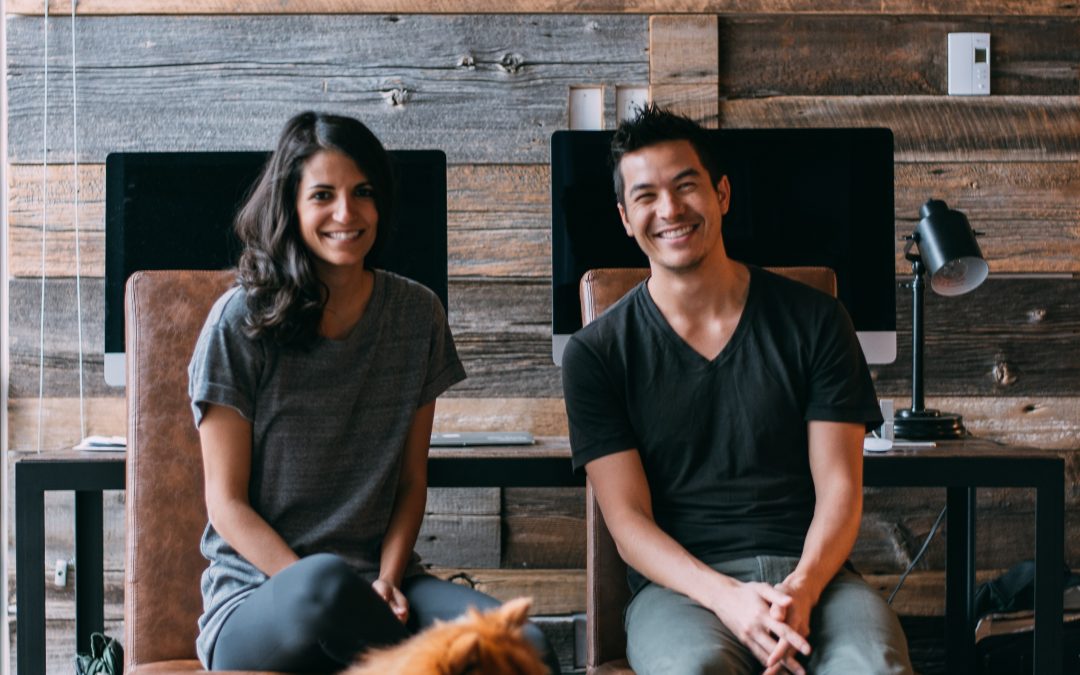 EPHESIANS FIVE LAYS OUT THE PATTERN for biblical marriage. Husbands, “Love your wives as Christ loved his church and gave himself up for her.” This is a tall order. Who is sufficient? But Paul gives wives an equally difficult command? “Wives, submit to your husbands as to the Lord.”

In both cases, this is easier when the husband is a born leader and his wife a follower. It is easiest when the husband is the oldest child and his wife the youngest, when he is a type-A personality and his wife a type B. But that is rare. How does a couple walk out Ephesians five when are both type A, when he is an abusive type A and she a passive type B, when both are type B, or all too commonly the wife type A and her husband type B? In all of these scenarios by faith Christians pushback against the sinful elements of their temperament and change. The story of John and Kelsey is a source of great hope. He was an abusive type A and she a doormat type B, but God gave them the grace to change.

Opposite temperaments often attract, and this was the case with John and Kelsey. Kelsey was quiet, pensive, thoughtful, and cautious. She would rather give John control than go through conflict. John was outgoing, talkative, and energetic. His leadership style bordered on dictatorial. Temperamentally, they were opposites. Where John was dominating and controlling, Kelsey was passive and non-confrontational.

Four years after their marriage they both became Christians. When they began to understand God’s order for marriage they became discouraged. John saw that God wanted him to lead, but with kindness, grace, and patience. God wanted him to free Kelsey to respond from her heart rather than his control. God wanted him to yield to Kelsey whenever possible, to make her happy, to seek her welfare, to honor her contribution with both words and action. It was his job to draw her out and listen carefully. This was not natural for him. He knew he needed to change, but it didn’t seem possible.

On the other hand, God wanted Kelsey to give the reins of leadership and control to her husband. God wanted her to trust him to work through John, but God also wanted her to be more assertive. She was learning that doormat passivity did not please God, that John needed her input, and that to give it she would need to risk conflict.  She was fearful. Could she trust God? Could she change and be more assertive?

Several decades later their temperaments have not changed. (That is because temperament is God’s gift). Kelsey has learned to respect and defer to her husband’s leadership, but in a more assertive way, one that pleases God. John has learned to take the initiative for family prayer and Bible study, communication, and servant love. He no longer seeks to force his wife’s submission through dominance and control. Instead, he gently leads, confident in his calling, resting in God’s equipping grace. Biblically speaking, theirs has become a model marriage. Now their adult sons and daughters imitate their parents. John and Kelsey are passing a wonderful legacy to future generations.

Faith is the key. When a husband really believes that God will bless his marriage and his children if he tries to lead, then he will try. If he is a normal sinner, it will be two steps forward and one step back, but over time he will make progress.

When a wife really believes that God will bless her marriage and her children if she encourages and follows her husband’s leadership, then she also will attempt to follow, even when she is convinced that she knows better. Like her husband, it will be two steps forward and one step back, but over time she will make progress.

So, if John and Kelsey describe you take hope and take heart. Change is possible.

For more on this subject check out my new book, Marriage in Paradise. I think you will find it helpful.