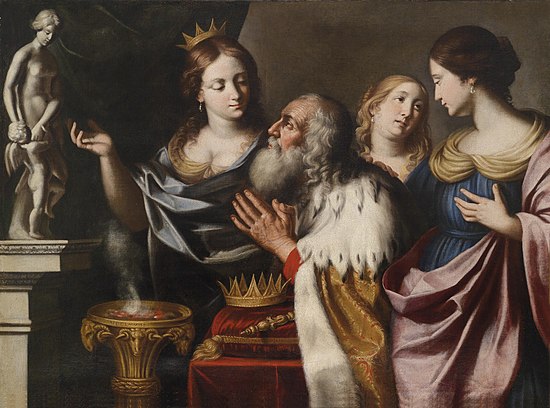 HYPOCRISY IS A DESTRUCTIVE SIN. How many churches have been destroyed by a leader’s hypocrisy? How many unbelievers have been repelled from Christ because of a “believing” friend’s hypocrisy? How often has the budding faith of a new convert been shattered, or significantly weakened, by the hypocrisy of a respected leader? How many children have rejected Christ because their father was a saint on Sunday, but a “climber” at work, or a “tyrant” at home?

King Solomon is a good example. He wrote Proverbs, Ecclesiastes, and the Song of Songs, yet ended his life enslaved to his numerous wives’ gods. For this reason, he is conspicuously absent from the heroes of faith listed in Hebrews 11. Solomon taught one thing but did the opposite.

If Solomon wrote three biblical books, yet ended his life in hypocrisy, then we should fear, for we have the capacity to do the same.

The Mechanics of Sincerity

The Christian who loves without hypocrisy is a person of character consistency. Tap him anywhere, and you hear the same solid response.

In the same way, three parallel vices take us into progressively deeper levels of hypocrisy.

Because they ignore or do not understand 1 Timothy 1:5, many hypocrites litter the church. It all starts with a failure to watch over our hearts.

First, Paul tells us that a “pure heart” produces a “good conscience.” My heart is who I am. Solomon reminds us that “As water reflects a face, so a man’s heart reflects the man” (Proverbs 27:19). Solomon also exhorts the wise to guard their hearts (Proverbs 4:23). Conversely, those who walk in hypocrisy ignore this crucial organ. So, what is a pure heart?

By contrast, a pure heart only has one agenda—glorifying God. It has settled the issue of ownership. It is willing to pay any price for truth, to suffer any rejection for the cause of Christ. It is willing to go low, to become insignificant to advance Christ and His kingdom. By contrast, an impure heart has not settled these issues, and until it does, it is not trustworthy. This was Solomon’s problem. His heart was divided between his desire to please his wives and his desire to please God.

Second, a pure heart produces a good conscience, but an impure heart leads to a defective conscience. God has written his moral law (the imperative to love God and man) on the heart of every person (Rm. 2:15). When we sin or tolerate impure motives, conscience rebukes us. Conscience speaks based on what we really believe about God’s will. Conscience acts like an umpire, accusing us when we do what we know is wrong. Therefore, our response to conscience is important.

Because it longs to walk in the truth, no matter how painful the rebuke, a pure heart listens to conscience. The conviction of conscience is the pure heart’s delight. Moreover, each time it obeys the voice of conscience, it speaks louder and more accurately. Conscience becomes a friend, guiding this Believer into the paths of increasing virtue, culminating in the joy of pleasing God. Philip Neri wrote that “Christian joy is a gift of God flowing from a good conscience.”

However, the impure heart is another matter. Divided between God’s will and its secret ambition, it argues and rationalizes with conscience. Each time it does this conscience speaks a little softer. Eventually, if resisted enough, conscience quits speaking altogether. Paul saw this as a judgment from God leading to great deception.

“They perish because they refuse to love the truth and so be saved. Therefore, God sends them a powerful delusion so that they will believe the lie and so that all will be condemned who have not believed the truth but have delighted in wickedness” (2 Thes. 2:10-11).

God’s “powerful delusion” is a wounded conscience speaking softer and softer until it eventually dies. Then the Believer becomes what Paul refers to as “Hypocritical liars, whose consciences have been seared as with a hot iron” (1Tim. 4:2). To the degree that this happens, we are like a rudderless sailboat adrift at sea, unable to discern right from wrong, fully capable of teaching one thing and living another. A man in this condition can sell his soul and live off the proceeds with no sense of guilt or wrongdoing. He can run a red light, hit another car, but be convinced it was the other driver’s fault. He can withhold money owed to a friend rationalizing that he does not “need it anyway.” This is why it is neither safe nor prudent to do anything against conscience.

This was the case with Solomon. There is no record of him repenting or changing his heart in old age. To the best of our knowledge, he died outside the grace of God. The lesson is simple. You can have great wisdom, but if you don’t listen to conscience, you will not live it, and if you don’t live it, God will give you up to the hypocrisy produced by your self-deception.

Conscience is like God’s watchdog. His barking is designed to keep hypocrisy at bay. Murder him with your rationalizations or excuses, and hypocrisy will be free to vandalize your spiritual house. Listen to him, and he will protect you from the follies of your fallen nature. A “good conscience” thrives on a pure heart whose ears are open to his promptings.

Here are five suggestions to keep you from ending up like Solomon.

First, learn how to discern the conviction of conscience from the condemnation of the Devil. They have nothing in common. A good conscience is God’s servant sent to lead us back to Himself. It always convicts, but it always convicts with hope—God loves you. If you repent, God will forgive and restore you. By contrast, the Devil condemn us with despair. Your sin is worse than others. God will never forgive you. Your sin is too serious. There is no hope. You are lost.”

Second, because the heart is so important, care for it diligently. Solomon advised us to “Watch over our hearts with all diligence, For from it flow the springs of life” (Pr. 4:23 NASB95), but Solomon did not follow his own advice. Do not be like Solomon. Pray daily: “Lord, purify my heart. Reveal any motives or desires that displease you.”

Third, when conscience exposes an evil motive, repent quickly and repeatedly until God unites your heart in single-minded devotion. Because “the heart is more deceitful than all else and desperately sick” (Jer. 17:9), this needs to take place daily. Pray like King David. “Unite my heart to fear your name” (Ps. 86:11).

Last, repentance will reanimate a mute conscience. If scripture says something is wrong, no matter how you feelabout it, it is wrong. Respond to God’s word, and conscience will rise from the dead.

In conclusion, a healthy Christian conscience produces the “love that issues from “a pure heart and a good conscience and a sincere faith” (1 Tim 1:5). Here is how Saint Augustine (354-430) describes it.

A good conscience is the palace of Christ; the temple of the Holy Ghost; the paradise of delight, the standing Sabbath of the saints.” This is the heritage of all true Believers.

God help us repent of double-mindedness. Open our ears to listen to the voice of conscience.