John Bunyan: How a Man with a Third Grade Education Wrote a Book that Sold 250 million 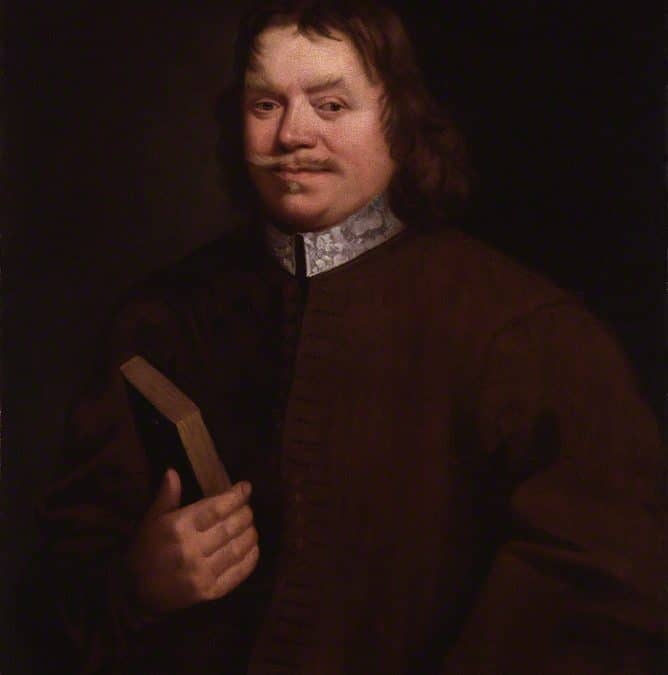 IN THE 1660’S CHARLES II, KING OF ENGLAND, asked John Owen (1616-83) why he went to hear the preaching of an uneducated tinker (an old name for a blacksmith)?

The King was amazed that a man of Owen’s prominence would stoop to associate with a tinker. Owen entered Oxford at age 12, held postgraduate degrees, had been awarded an honorary doctorate, and had written voluminously on Christian theology. He had been Vice-Chancellor (President) of Oxford. In a day when virtually every minister in England graduated from either Cambridge or Oxford, this tinker possessed no formal education beyond the second grade.

Although the tinker lived in a small cottage in the obscure village of Bedford, Owen walked in King’s palaces. The tinker preached to a church that met in an old barn. (At its peak it may have numbered 300). Owen preached to crowds of 2,000 plus in England’s great cathedrals.

Looking the King in the eye, Owen answered, “May it please your Majesty, could I possess the tinker’s ability for preaching, I would willingly relinquish all my learning.”[i]

The “tinker” was John Bunyan (1628-88), Puritan pastor and author of Pilgrim’s Progress. Here are some facts about Bunyan.

A Timeline of Bunyan’s Era

Bunyan was middle-aged when Owen first heard him. “The soul-experiences through which [Bunyan] had passed,” notes one biographer, “had done more to equip him for what God had so definitely called him than any academic training could do.”[ii] “I preached what I startlingly did feel,”[iii] Bunyan later noted.

Pulpit passion, flowing from his personal experience of the Bible’s power, and his frequent persecution, was the secret of his influence over Owen and others. He was Bible-saturated. As Spurgeon later noted, “Prick [Bunyan] anywhere; his blood is Bibline, the very essence of the Bible flows from him.”[iv]

I don’t think Owen would have been surprised to discover that Bunyan’s most influential work, Pilgrim’s Progress, over the next 300 years, would be translated into more languages than any book except the Bible.

How did the writing of an uneducated village blacksmith become the most widely read piece of seventeenth-century English literature? Who was John Bunyan and what can we learn from his life? And by learning about Bunyan, what can we learn about the Puritans?

Bunyan was born in 1628 in the little village of Elstow, about 50 miles Northeast of London. Elstow was a suburb of Bedford, located about l5 miles W. of Cambridge. The exact date of his birth is unknown.

At age 16 (1644) both his mother and sister died. So, he enlisted in Oliver Cromwell’s army and fought with the Puritans against King Charles I. At age 19 he was discharged and married shortly thereafter. They were very poor. The only possessions she brought into their marriage were two Puritan books. His first wife bore him four children. The oldest child, a daughter, was born blind.

We know so little about Bunyan that we don’t even know his first wife’s name.

At age twenty-five, he began to preach, and by thirty (1658) he was a part-time village preacher. He worked the forge and anvil by day and preached the gospel by night.

We take religious toleration for granted. But, tolerance of multiple denominations in one State was a novel idea in the 1650s. In 1615 England was still burning Protestants at the stake for practicing believer’s baptism.

The intolerance was the result of sacralism. Sacralism is the union of church and state whereby the state attempts to use the church to further its ends. Sacralism had been the norm since Constantine made Christianity the State Religion in 312. Most English Christians were Anglican paedobaptists.

But, because of Cromwell’s new policy of “tolerance” the Baptists were beginning to flourish. Presbyterianism and Congregationalism were tolerated.

Bunyan belonged to a small Baptist church of about 60 souls. They were called “independents” because they were not part of the Anglican Church—the only church sanctioned by the English government.

When Cromwell died in 1660 Parliament restored the monarchy.

Bunyan was 32 when King Charles II came to power. Determined to eradicate Cromwell’s radical religious tolerance, the King attempted to stamp out all denominations except the State-sanctioned church. Parliament cooperated, passing a series of laws designed to persecute the independents out of existence. Bunyan, an independent, suffered greatly.

In this environment, Bunyan received Christ’s call to preach. He knew it would be costly. To complicate matters his first wife died, leaving him a poor widower with four children.

Bunyan knew he would be jailed soon, so he asked a woman in his church, named Elizabeth, age 18, to marry him so that his children would have someone to care for them while he was in prison. He was about 32.  Zealous for God and His people she agreed to serve John and his church. In later years she and John fell deeply in love.

When Bunyan refused to obey Parliament’s new mandates that forbade him to preach as an independent, the English government imprisoned him. His wife, Elizabeth, was pregnant with their first child. While he was in prison the child was still-born.

There he languished, without proper trial, for 12 years. He was in jail for most of their first 12 years of marriage, the best years of his life, from age 32 to 44. The government repeatedly offered to set him free if he would only refuse to preach. He would not make that commitment, so he remained in jail. His wife survived off charity from church members. John added some income by making shoelaces.

Depending on the whim of the Jailer, he was at times released to attend Sunday meetings, and perform family obligations. That is how his wife got pregnant and delivered two additional children during these years.

While Bunyan was in Jail the Government persecutors attempted to destroy what was left of the little flock he attended, fining people, already poor by 17th century standards, immense sums. Often the government backed carts up to their house unloading everything they owned—furniture, clothing, and cooking utensils—leaving these poor saints utterly destitute.[v]

The experience of one poor widow named Mary Tilney characterized the treatment of Bunyan’s flock.

“They carried away all the Goods in her House they thought worth their labour, as Tables, Cupboards, Chairs, Irons, Feather-beds, Blankets, the very Hangings of the Room, and Sheets off her bed, insomuch that the Widow was forced that night to borrow Sheets of her Neighbors to lie on…Yet the poor Mrs. Tilney was more troubled at the crying and sighing of her poor neighbors about her …, than for the loss of her Goods, which she took very cheerfully.”[vi]

Meanwhile Bunyan suffered in jail. Seventeenth-century English jails were not pleasant. Unlike today, he had no color TV, no weight room, and meager food. He slept on a flea-infested straw mattress in a small room crowded with other prisoners. There was no heat in winter. He lived with lice, fleas, poor sanitation, and little privacy. Many fellow prisoners died of various diseases.

Despite these hardships, the fate of his wife, Elizabeth, and his six children was his greatest concern. There was no welfare to provide for them, so he cast his family upon the mercy of his small congregation, already impoverished by persecution. His children grew up poor and fatherless.

“The parting with my Wife and poor children hath often been to me in this place as the pulling of the Flesh from my Bones, and that…because I should have often brought to my mind the many hardships, miseries and wants that my poor Family was like to meet with should I be taken from them, especially my poor blind Child, who lay nearer my heart than all I had besides; O the thoughts of the hardship I thought my Blind one might go under, would break my poor heart to pieces…Yet recalling myself, thought I, I must venture you all with God, though it goeth to the quick to leave you. O, I saw in this condition I was as a man who was pulling down his house upon the head of his Wife and Children. Yet, thought I, I must do it, I must do it.”[vii]

In 1672 Charles II issued a decree of religious tolerance, and at about age 44 he was finally released from prison. Shortly before his release, his congregation called him to be their pastor. For the next three years, he returned to his preaching. Deepened by suffering, Bunyan enjoyed a new measure of power and authority in the pulpit.

From his middle forties to his death, at age 60, he was the pastor of this small, growing, Bedford congregation. He was also in growing demand to supply pulpits in neighboring villages. His reputation preceded him, and increasingly the great congregations of London called on him to preach. Even the mayor of London, Lord Sir John Shorter, befriended him and presented him with a silver-mounted walking stick.

It was at this time that John Owen heard Bunyan and began attending his lectures whenever he was in London.

In 1676 he was imprisoned again for six months. He spent the time writing Pilgrim’s Progress which was published after his release in 1678.

At age 60, 1688, he rode all day in a rainstorm. That night he caught cold and died the next day. He left his widow an estate of 42 pounds. She died three years later.

First, Persecution is the normal condition for Christians.

The world’s hatred is something about which we would be foolish to ignore. Things have not changed. The more clearly we speak and proclaim the gospel, the greater the persecution.

Second, We persevere through persecution by looking to the world to come. Looking back on his imprisonment Bunyan presciently noted.

“I was made to see that if ever I would suffer rightly I must first pass a sentence of death upon everything which can properly be called a thing of this life, even to reckon myself, my Wife, my Children, my Health, my Enjoyments, and all as dead to me and myself as dead to them. And second to live upon God that is invisible. I see the best way to go through suffering is to trust in God through Christ as touching the world to come; and as touching this world to count the grave my House, and to make my Bed in darkness.”[viii]

Third, Bunyan persevered in his calling, unaware of the vast harvest that would come through his writing after his death. Content to be found faithful, he left the results to God. During his prison years, he faithfully devoted hour after hour to Bible study, never knowing how or when God would use him, or even if he would be released. He determined to be faithful trusting the harvest to God.

How many of us have the same zeal to be faithful? Bunyan didn’t measure success by large numbers or by fancy facilities. He measured it by faithfulness. To what has God called you and me? Are we faithful to that calling?

From an earthly perspective, Bunyan saw few results during his life. He is enjoying his reward now in eternity. If we persevere in our calling, we will have the same reward. Emulate John Bunyan. He was a faithful man, and God blessed his faithfulness.