WHAT IS WRONG WITH AMERICAN EDUCATION? 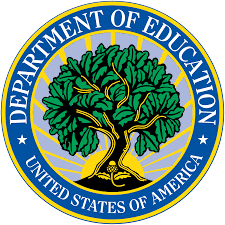 TUCKER CARLSON (FOX News) PLAYED SEVERAL CLIPS of angry parents addressing their local school boards. The issue was the introduction into the local school curriculum of Critical Race Theory (CRT), a WOKE worldview, and the expansion of the sex-ed curriculum to younger and younger ages, i.e., kindergarten.

Although the parents were angry, the reaction of the school board members was generally passive-aggressive. They looked like people with their minds made up, obligated to patiently listen to the peasants before they could implement their policy.

How did we get here? To understand American education’s history and philosophical foundations, read R. J. Rushdoony’s The Messianic Character of American Education. I read it years ago and found it transformative. The point is not that all educators are malevolent. They aren’t. Most are solid citizens with good intentions. The problem lies with the ideals and objectives of the men who designed our educational system. That happened decades back. In fact, it began right after the founding of the republic. According to Paul Johnson—

Stanhope Smith (d. 1819), president of Princeton, believed that a combination of ‘republican laws’ and education would effect a general moral improvement in the population and create a ‘society of habitual virtue.’

This emphasis on education amongst the founding fathers was essential and needed. The citizens of a healthy republic are well-educated. But notice the messianic language. Education will create “a society of habitual virtue.” Really! When has that ever happened? When has knowledge ever resulted in virtue?

Rushdoony’s book examines the foundations of American public education from the time of Stanhope Smith forward. Each chapter is a short bio about a critical shaper of modern education. The two most important being Horace Mann (1796-1858) and John Dewey (1859-1952). Their worldviews have provided the philosophical and moral foundations for the school of education at your local university. That is why they are turning out teachers convinced that the gospel of education is salvation.

With these ambitions in mind, it is no accident that public education has grown exponentially since the 1970s. It began with the establishment of the Department of Education under Jimmy Carter. Then came the expansion of the NEA—the national teacher’s union. In general, men and women thoroughly convinced that “education is salvation” run these institutions. That is why our educators are less interested in Reading, Writing, and Arithmetic and more interested in social justice—CRT, WOKE, and Sex Ed.

If education is salvation, then educators are saviors and that is a problem. Educators are not saviors, and education is not the solution. Our problem is moral not intellectual. The human heart is capable of selfishness, greed, bitterness, self-promotion, pride, laziness, and cruelty. More knowledge will not heal these maladies. Only the Good News of Christ’s death and resurrection for needy sinners will accomplish this task. God sends his Holy Spirit to indwell those who believe the Good News. The Holy Spirit motivates a life of repentance and a yearning for growing holiness. Only after this foundation is laid will education help or improve.

A teacher at a Christian high school recently reminded me that in most cases the moral improvement of the child follows the parents influence, not the schools. This means that God has given the family, not educators, the task of transforming the hearts of their children. This occurs as parents model and teach the gospel, and discipline their children to God’s standards in a context of love and affection.

Read Rushdoony. His book sheds important light on the history of education in the United States. You won’t be disappointed. It will help you understand the current moment.