The Great American Divide (And What It Means For the Future). 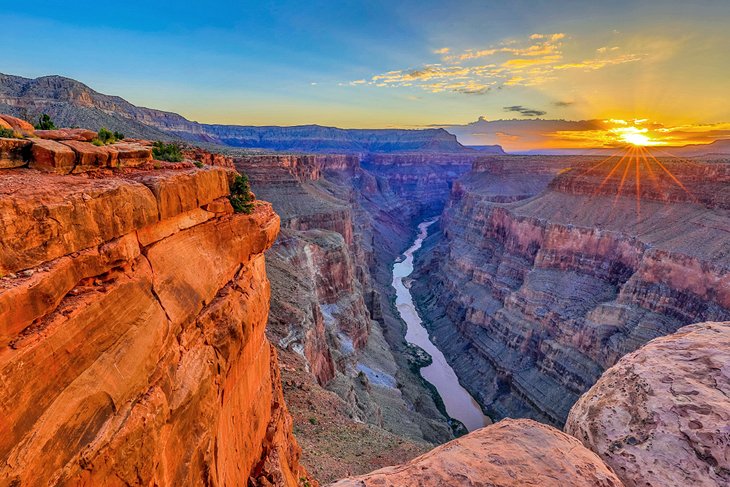 DURING THE CIVIL WAR, Abraham Lincoln, attempting to describe the American division over chattel slavery, quoted Jesus. No “house divided against itself will stand” (Matthew 12:25). Of course, the “house” Jesus had in mind was not civil government. Jesus had just cast out a demon, and the Pharisees accused him of doing it by Satan’s power. Therefore, Jesus responded, no “house (the Devil’s house) divided against itself will stand.” However, Lincoln was right. The principle applies to families, churches, and yes, even to civil government.

American is no less divided today. Before the Civil War, the issue was slavery. Today the issue is religion. That means there is no simple fix. It is not just going to go away. Our division is not just a national phase that will soon pass. Unless God radically intervenes, the divide will not go away. It will just get wider and wider until our religious divide shreds the fabric of our once stable civilization.

By “religion,” I do not necessarily mean theism. I mean “worldview.” Worldview is just another word for religion. Whether one believes in a personal God or not is irrelevant. Everyone has a “religion”—a set of assumptions about reality, held by faith, not scientific fact. That is their “religion.”

For example, the Atheist cannot prove that God doesn’t exist. He clings to this conviction by faith, not fact. The Philosophical Materialist cannot prove that the spiritual world does not exist. He also adheres to this by faith. Moral Relativism is not held by fact but by faith. No matter how earth-bound our thinking, all of us cling to a set of unprovable assumptions about ultimate reality, and we grip them by faith, not fact or science. Here is the problem. Most hold their faith assumptions unconsciously. Therefore, it is possible to be intensely religious and think you are not. We call this collection of faith assumptions our “worldview.”

Culture is a people’s religion externalized. Or, culture is our collective worldview externalized, and every culture requires a shared dominant worldview. That worldview unifies the culture. As long as they are a minority and marginal, a culture will tolerate dissenting worldviews. But a culture cannot sustain two dominant, irreconcilable worldviews at the same time. Should that be the case, the culture in question will seek stability by expelling one of the worldviews, persecuting it out of existence, or destroying both it and those who hold it. “A house divided against itself will not stand.”

This is our current situation. Two diametrically opposed and irreconcilable worldviews are contending for dominance. These are the blue and red worldviews frequently referenced in our media.

The blue worldview thinks abortion is just the elimination of the “product of conception.” The red worldview considers it the murder of innocent human life.

The blue worldview thinks the accumulation of trillions of dollars of government debt inconsequential. The red worldview considers it utterly irresponsible and a sure recipe for national financial ruin.

The blues think gender is malleable, dispensable, and changeable. The red worldview believes God immutably assigns it at birth.

The blue worldview thinks the first and second amendments nonessential. Reds believe that they are indispensable to the American way of life.

The blue worldview assumes that the ends justify the means. The red worldview believes that this is the sure recipe for despotism and unspeakable cruelties.

One worldview thinks racism is systemic. The other believes that racism is not systemic, but that we have made great progress towards mitigating racial discrimination.

The blues think people and civilizations are perfectible. The reds believes that man is systemically flawed, and that human happiness will only be maximized by embracing this reality.

One worldview pursues socialism. The other believes that capitalism alone will provide the most happiness for the most people in a fallen world.

The blue worldview distrusts the male sex and detests patriarchy. The red worldview believes that male leadership in family, church, and culture must be honored and promoted.

One worldview believes that the definition of marriage includes members of the same sex. The other believes that marriage is essentially and only between one man and one woman.

The blue worldview is increasingly intolerant of any disagreement. The red worldview seeks to listen to and tolerate those with dissenting opinions.

The contrasts go on and on.

Where We Are Headed

The blue and red worldviews are mutually incompatible. Therefore, American culture cannot continue in this tension. The gap between the two worldviews is as wide as the Grand Canyon and growing each year. Since the gap is religious, the solution will not come via communication or dialogue. But a resolution will eventually come. One of these worldviews will prevail. The bigger question is—how will this happen? I see only three possibilities—peaceful secession, civil war, or revival.

First, peaceful secession. The blue and red worldviews dominate in the U.S. by geography. The Blue worldview dominates the Northeast, the West Coast, and the upper Midwest, i.e., Detroit, Chicago, Milwaukee, and Minneapolis.

The West (excepting Washington, Oregon, and California), the South, and the Midwest generally share red worldviews. One solution would be for the peaceful secession of a few southern states—for example Texas. Other states would then follow and form a new nation with a dominant red worldview. Hopefully, it would retain our current constitution including a constitutional amendment prohibiting deficit spending except in time of war. That would leave the Blue worldview in control of the Northeast, the upper mid-west, and the three west coast states.

In 1947 Britain gave India independence. But India was divided between Muslim and Hindu worldviews. While the British ruled, Muslim and Hindu peacefully co-existed. But when the British withdrew, violence erupted. Somewhere between 1 and 2 million died. India solved the problem by creating a Muslim nation, West Pakistan. About 6.5 million  Muslims moved from India to West Pakistan, and roughly 4 million Hindus moved from West Pakistan to India. Separation resolved the problem of two mutually intolerant worldviews. Could this happen in the United States peacefully?

Should secession not happen, I fear for the red worldview.

What would happen if the blue states resisted? This is the second, and least preferable option—civil war.  Each Christian should carefully weigh the cost. Is the freedom to worship in peace and live according to your convictions worth dying for?

Should secession not happen, I fear for the red worldview. The blues have shown every inclination to use the hob-nailed boot of control, intimidation, and violence to crush the right. The blue worldview controls the Federal Government, our academic institutions, Big Tech, our major corporations, and the entertainment industry. Do not be deceived. They will weaponize these institutions to silence, neuter, and enslave their opponents with the chains of political correctness.

The last possibility is revival—a solution for which Believers everywhere should urgently pray. This should be our ultimate hope. With revival would come a massive outpouring of God’s Spirit on church and nation, converting millions. The converts would need to be numerous enough to restore the red worldview to cultural dominance. But for God, this is nothing. He is omnipotent. With God, all things are possible.

This is what happened during the Great Awakening (1740-42). The average church in New England either doubled or tripled.

No matter which of these options, or one I haven’t thought of, unfolds, we need to be ready for change. The current worldview divide guarantees that change is coming.

I don’t want secession. I don’t want civil war. But even more fervently, I don’t want to be a slave to the blue worldview. I would rather be dead. Politically speaking, the United States is the world’s great hope. Solving our cultural division is about more than the U.S. Should we go down, there will be no resistance to a ruthless, aggressive, totalitarian Chinese state. So let us pray with Isaiah.

Oh that you would rend the heavens and come down, that the mountains might quake at your presence— as when fire kindles brushwood and the fire causes water to boil— to make your name known to your adversaries, and that the nations might tremble at your presence! When you did awesome things that we did not look for, you came down, the mountains quaked at your presence. From of old no one has heard or perceived by the ear, no eye has seen a God besides you, who acts for those who wait for him (Isaiah 64:1–4).

If you have found this helpful, pass it on to your friends, neighbors, and relatives.